Lidice Monument is located in Sokol Park at 140 Fifield Street, at the intersection of Fifield Street and Ash Avenue in Phillips.

The large settlement of Czech, Slovak and Moravian people in Phillips wept for Lidice, Czechoslovakia and her brave citizens who suffered and perished at the hands of the Nazis during World War II. The monument was completed and dedicated in 1944. A memorial service is held yearly the third weekend in June in conjunction with a celebration of history and culture during the Phillips Czechoslovakian / Slovakian Community Festival. There is a playground adjacent to the monument. 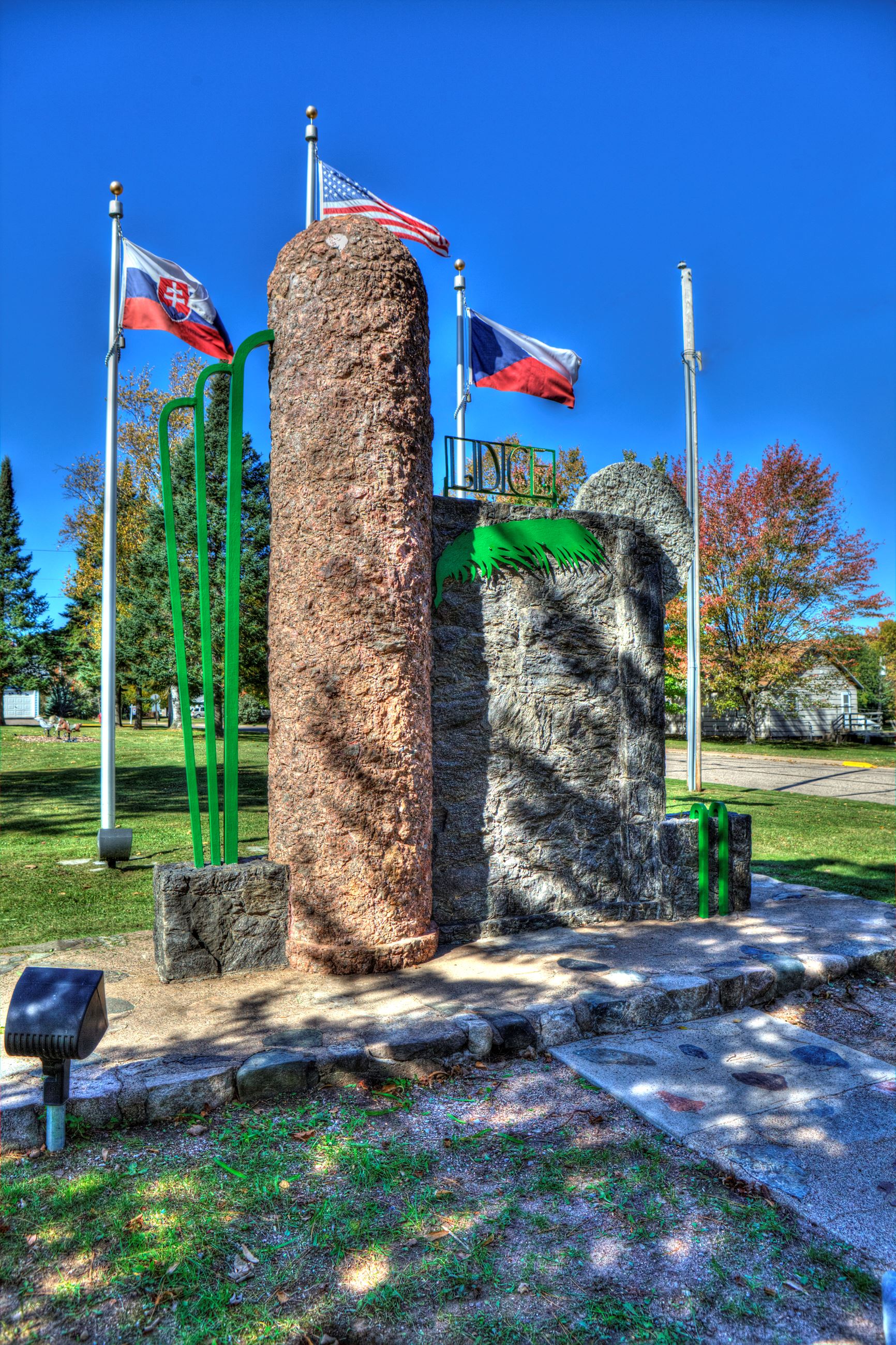